I first visited Finland in 1971 with my Finnish girlfriend. Everything was so different from my life in London that I could hardly take it in, and the strange language was only a part of the whole daunting package.
Then I didn’t even try to do more than getting a few words of greeting into my vocabulary but felt that at some time it may all make sense, once I’ve got Finland as an idea sorted out in my mind.
Well, no – it hasn’t happened yet! I’ve tried for over 40 years, on and off: classes, tapes, books, subliminal learning on the computer, listening to people – and nothing has gone into my thick head. I hardly know more words than in the beginning and, as for understanding, forget it!
When somebody says something to me, my mind freezes over and I can only shake my head and feel like an idiot.
Honestly, how hard can it be when so many other people with totally different languages can become competent speakers in a few months?
So you would think, but I’m one of those who are stuck with English, and only English, for the rest of my life.
I’ve had some exposure to French, Spanish and German when working with various colleagues in catering but the results have been equally poor. Catering French doesn’t equip you to have meaningful conversations and the Spanish phrases I learnt and used in the kitchen are probably unprintable, even if I could spell the words.
I have come to accept that the part of my head where the language skills are supposed to reside is like the proverbial sieve.
My wife says the reason is that I wasn’t taught English grammar properly at school and therefore don’t understand the basic structure of even my own language.
On the other hand, she’s had over 40 years to MAKE me speak Finnish at home but has stuck to English so I think she should take some of the blame – I just daren’t say it aloud!
I’m very grateful to the members of the family who patiently change languages in the middle of a conversation in order to keep me in the loop, to the people I meet in health care, shops, offices and elsewhere for speaking in English to me, and to the neighbours who kindly keep talking Finnish and hand language when I’m trying to make myself useful.
This boneheaded Englishman is a willing body even though the verbal communication stutters like a badly maintained machine.
How do I see Finland now? I am constantly impressed. I grew up in the vast and built-up London, even though in the suburbs which still are green and pleasant compared to some “concrete jungles” built after the war to provide homes in the areas damaged by bombs.
One of my favourite memories is of living near a thousand years old Oxleas Wood, a remnant of what once was a hunting ground of the kings but, in my school years, a cross country running space for me and my schoolmates. It is an oasis between busy roads and in the 1980’s was under a threat of being felled for a motorway by-pass.
I’m proud to say my wife and I took part in demonstrations against the plan and the Wood was saved.
Finland is a whole country full of woods and forests, old and new, with thousands of lakes in between. These woods are wonderful all-the-year-round playgrounds for people of all ages.
I am impressed and try to do my best to “play” as well. Too late for me to learn to skate or ski but the walking poles have come in handy and being here all the year round has taught me a lot.
I was a mostly summer visitor before moving here and I realise that seeing the country through all its seasons and climates gives a fresh appreciation of it as a place to live in.
It is now my home but, as a latecomer, I am constantly surprised, baffled, annoyed and delighted with new aspects of everyday life. I just cannot express those feelings in Finnish! 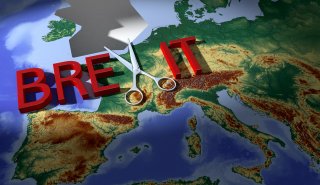 A bit of a joke to start with: one of the English words for underpants is “drawers”; like “bloomers” it’s not much used these days. “Winter draws on” is said when winter is getting a bit tedious: grey and chill and seeming to go on forever.

I used to think that the British Parliament was something quite solid despite the often noisy proceedings and almost animal-like murmurings and growlings, signifying agreement with the fellow Member speaking at the time.

Paul Dockreen kolumni: Who are we and where are we going?

The human development has always been an interesting mystery.